What is Column in Construction?

What Is Column Failure ?

Columns are used to transfer the load vertically to the horizontal beams. Every material used in the building experience both compression and tension stress. Columns consist of two major material which are concrete and steel. Column Failure Reasons

Engineers do calculate the total stress caused by the live load and dead load of the entire building and will design the internal components of the building such as foundation, beam and columns. So if the applied stress exceeds the allowable stress then the structure starts to fail. Hence column failure also occurs due to this reason. Column Failure Reasons

Types of column failure depend on the type of structural system and columns can fail in different modes as discussed in this article.

The column is the main element that carries the vertical loads to the foundation. Failure of a column could lead to the failure of the whole structure. Therefore, the failure of columns shall be avoided than any other element.

Further, the failure of the column could lead to the progressive collapse of the structure. Therefore, it is very important to identify the critical column and pay attention to them during design and construction. Column Failure Reasons

The following types of column failure could be identified. Column Failure Reasons

The column is an element that transfers the weight of a structure as axial stress to the foundation or supporting element.

Concrete is capable of carrying the compressive load is dominant in carrying loads whereas in other elements such as beams compressive stress is taken only by part of the section.

Reinforcement is also provided to columns where it is not possible concrete to carry the whole load or as nominal reinforcements.

The column can fail in compress due to the increase of the axial stress than its capacity. These types of failure could be due to the following reasons.

Mainly, the buckling failure can be identified as a failure of the design as we consider the buckling effect in the design. If the designer aware of these types of column failures, he could attend this.

We provide links to columns to avoid buckling. It is the basic idea for providing links to the columns other than for as shear reinforcements. Common Causes of Column Failure

Lateral loads in a structure are carrying by vertical elements such as columns and shear walls.

When there are no shear walls, columns carry these lateral loads. Lateral loads are generated by winds, earthquake loads, from retaining structures, etc.

Shear links are provided to columns based on the shear forces excreted on them. Further, the size of the columns is increased in the direction of shear to increase the shear capacity.

In general, failure of columns due to shear can be identified as the failure of design. Designers should have provided adequate shear links or sections to carry the shear forces.

Others Types of Column Failure:

Concrete columns are subjected to bending moments in addition to the axial forces due to the eccentric moment generated due to the unbalance loads.

Bending stress and axial compression stress are added together to get the final stress in the section.

It will not be uniform stress. However, failure of the column will be based on the above criteria discussed under the pure compression failure.

The most important thing that the designer should consider in the design is the possible load combination and alternative loading effects. When there are significant deviations in the spans, we need to be alert about the design. Common Causes of Column Failure

Failure due to Lack of Confinement Reinforcement:

Failure causes mainly due to the lack of links in the area where there are higher shear forces.

In structural elements such as beams and columns, higher stresses are generated near the connections. Lack of links in these areas causes structural failures when cyclic loadings are applied. Common Causes of Column Failure

There is a probability of columns subjecting to torsional moments.

Usually, columns are designed for axial, bending, and shear forces. However, due to the irregularities in the structure, the torsional behavior of the column can be observed.

Columns are torsionally rigid when they are compared with the beam as they have reinforcement around the section and links are provided at closer spacings.

However, if the torque exceeds the limiting values, columns could be failed in torsion.

Failure due to Construction Defects:

Columns could fail due to the construction defects. For example, improperly treated honeycomb in a column could lead to a failure when the loads are applied. These types of column failure can be avoided if attended with much care.

Cavities inside the column that were not filled properly with construction ground reduce the compressive area of the column. As a result it axial capacity will be reduced.

Further, cavities inside the column could lead concrete to crack. It will open the reinforcement to the environment leading the corrosion of reinforcements. 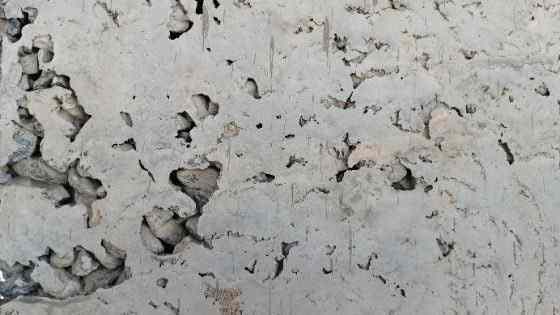 Similar instances could cause failure.

Failure due to the Errors in the Construction:

Q. What is Column Failure?

Columns are used to transfer the load vertically to the horizontal beams. Every material used in the building experience both compression and tension stress. Columns consist of two major material which are concrete and steel.

Engineers do calculate the total stress caused by the live load and dead load of the entire building and will design the internal components of the building such as foundation, beam and columns. So if the applied stress exceeds the allowable stress then the structure starts to fail. Hence column failure also occurs due to this reason.

Q. What are the Causes of Column Failure?

The following types of column failure could be identified.

Q. How Can Concrete Columns Fails?

Q. How do you Prevent Column Failure?

In this type of failure, the material fails itself, not the whole column. This type of failure mostly occurs in shorter and wider columns. To avoid this, the column should be made with sufficient cross-sectional area compared to the allowable stress.

Q. What is Buckling of Column?

Buckling of Columns is a form of deformation as a result of axial- compression forces. This leads to bending of the column, due to the instability of the column. This will occur at stress level less than the ultimate stress of the column.

How to Calculate Shuttering Area of Column, Beam and Slab

How to Calculate Cutting Length of Stirrups in Column or Beam

Things to Check Before Column Concreting | Concrete Pouring in Column