What is Basic Knowledge of Brickwork | Brick Masonry

Brickwork is very much important as it carries the load of the horizontal beams.

If it is not done perfectly then the total structure may disrupt during the work, making huge loss.so it is better to perform each step properly in construction process so that the structure would stand for long time.For brick masonry following things should be taken care so that it would not create any disorder in the process of the rest of the construction process.

But before that the material used for brick work should be chosen wisely .so we are going to discuss the types of brick first as it is the main component of brick. Basic Knowledge of Brickwork

What is Brickwork | Basic Knowledge of Brickwork:

What is Brick Masonry

Brick is a building unit ,which is in the form of rectangular block in which length to breadth ratio is 2 but height can be different. Basic Knowledge of Brickwork

Construction of building unit bonded together with mortar. Basic Knowledge of Brickwork

The art of laying bricks in mortar in a proper systematic manner gives homogeneous mass which can withstand forces without disintegration, called Brick masonry. Basic Knowledge of Brickwork

Mortar joint is the form of V. Masonry Joints

Mortar joint is flush with the brick surface. Masonry Joints

A large portion of the mortar joint is raked out not a safe ,impermeable joint. Masonry Joints

A medium large portion of the mortar joint is a safe permeable joint. Masonry Joints 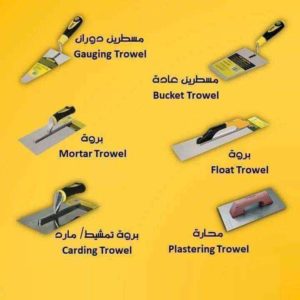 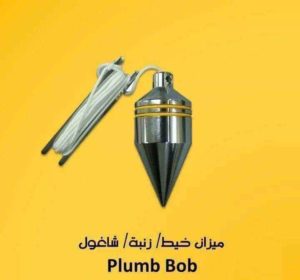 Closer bricks: the brick is cut in such a way that one portion is kept remains with the break and used another part for closing the gap. Brick Closer

A brick cut in half down its length. Brick Closer

A brick cut a corner & joining middle points of width and length of the brick. Brick Closer

A brick cut to three-quarters of its length, and laid with its long, narrow side exposed. Brick Closer

A brick cut in half across its width and laid in the wall structure. Orientation of Bricks

Bevelled closer: in this break, the stretcher face is bevelled in such a way that at one end half-width and on another end, full width is maintained. Orientation of Bricks

in this break, the one and it is cut in a mitred manner. That is a 45 to 60-degree angle with length. It is shown in the above diagram. Orientation of Bricks

It is also cut brick.the portion of cut forms angles other than right angle. Uses exterior or interior corners are to be built at some angle and also for ornamental purposes. Orientation of Bricks

Bull Nose : it is otherwise a standard brick having one arris or edge rounded. Uses for decoration purposes. Orientation of Bricks

Cow Nose : it is similar to a bull nose but has both edges on the side rounded. It may be called a double bullnose. Use for ornamental purpose. Orientation of Bricks

A brick cut to a quarter of its length. Tests of Bricks

A brick is given a classification based on how it is laid, and how the exposed face is oriented relative to the face of the finished wall. Tests of Bricks

A brick laid flat with its long narrow side exposed. Tests of Bricks

A brick laid flat with its width exposed. Tests of Bricks

A brick laid vertically with its long narrow side exposed. Tests of Bricks

A brick laid vertically with the broad face of the brick exposed. Tests of Bricks

A brick laid on the long narrow side with the short end of the brick exposed. Tests of Bricks

Types of Bonds in Brick Masonry:

1) Absorption:- The brick should not absorb water more than 20% of dry weight.

3) Hardness :- Brick is treated to be sufficient hard if no impression could be made on the surface of the brick by finger nail.

4) Soundness :- Two bricks when struck with each other should emit metallic ringing sound. Classification of Bricks

5) Structure :- It should be homogeneous ,compact ,and free from any defects.

Crystallization of salts from bricks :- Occur in masonry made out of brick which contain excessive soluble salts.This phenomenon is also known as efflorescence.

Corrosion of embedded iron or steel :- Iron or steel embedded in brick work gets corroded in the presence of dampness .On corrosion the metal expands in volume and tends to crack the brick work.

FAQs for Basic Knowledge of Brickwork

What is brick masonry used for?

Brick masonry is a sturdy form of construction where bricks are systematically placed in a mortar to create a solid structure. Brick is one of the most durable and versatile building materials used for both commercial and residential homes.

Is masonry the same as brick?

Which mortar is used for brick masonry?

Bricklayers typically make mortars using a mixture of sand, a binder, and water. The most common binder since the early 20th century is Portland cement, but the ancient binder lime mortar is still used in some specialty new construction.

How the structure of brick is tested?

What is hardness test of brick?

Hardness Test on Bricks A good brick should resist scratches against sharp things. So, for this test a sharp tool or finger nail is used to make scratch on brick. If there is no scratch impression on brick then it is said to be hard brick.

How to Load Transfer from Slab to Beam | Formulas with Example

Difference Between Slab Culvert and Box Culvert | Types of Culvert

How to Calculate Development Length for Different Grades of Concrete

How to Calculate No of Bricks in One Cft, Wall, Room and Building

What is Hidden Beam or Concealed Beam | Advantages & Disadvantages